A crane driver has been charged following an electrocution death in Far North Queensland.

49-year-old Brett Quinn worked for the Gordonvale Sugar Mill until his death last month when a piece of rail track he was lifting came into contact with power-lines at a Goldsborough Qld property.

A 63-year-old co worker was badly burnt after trying to help. He was airlifted to Brisbane for treatment.

The 54-year-old crane driver was charged with 'disqualified driving' after it was discovered that he was not the holder of a valid driver’s licence when the incident took place, according to News Corp.

He will front the Cairns Magistrates Court on September 10. Workplace Health and Safety is investigating. 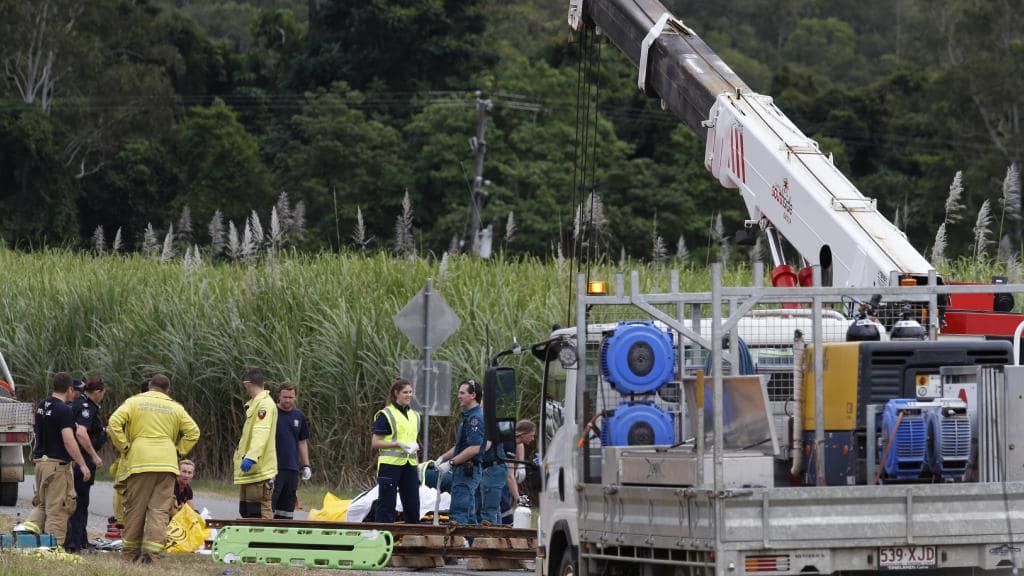 That link above no longer works (404 error) but this one covers the same story.